The team that powers our commitment and results.

Srinivas Kotni is the Founder & Managing Partner and the moving force behind Lexport. He has been handling a variety of legal, corporate and taxation issues for close to last two decades. Prior to setting up Lexport in 2000, he was a Consultant/Attorney with a leading firm of Attorneys specialising in the areas of Corporate & Commercial Laws, Indirect Taxation and Intellectual Property Rights.

Srinivas has a Bachelor’s degree in Commerce from the University of Delhi and a Bachelor’s degree in Law from the Faculty of Law, University of Delhi. He is also a Company Secretary from the Institute of Company Secretaries of India and holds Post Graduate Diplomas in Industrial Relations & Personnel Management, Information Technology & Management (equivalent to Masters in Computer Applications) and an Advanced Diploma in Systems Management.

Raj Latha Kotni heads Lexports Intellectual Property wing. She has earlier worked as a Nutrition Consultant with Apollo Hospitals Group and with a leading IP law firm as a Consultant and Associate for several years. Her expertise is in the area of Patents includes counseling on issues relating to patent validity and infringement including rendering patentability opinions, drafting technology transfer and know-how agreements, trade secret agreements, licenses, assignments and preparation and prosecution of patent applications in the field of Life Sciences, pharmaceuticals, biotechnology and biochemistry. She also has expertise in various aspects of prosecution and enforcement of trademarks and copyrights on behalf of both domestic and overseas clients including rendering opinions, drafting registered user agreements and assignments, developing general strategies for acquisition, protection and enforcement of intellectual property rights and handling adversarial oppositions and cancellation proceedings before the Intellectual Property Office

Raj Latha is a Member of the Bar Council of Delhi.

He has worked throughout the country and covered every aspect of the Indirect Taxation work at all levels from the Government side. He has also worked in the Policy Wing in the Finance Ministry, apart from as a Commissioner and Chief Commissioner at the field level, and has twice headed the zonal units of the Directorate of Revenue Intelligence (D.R.I).

He has been associated with the preparatory work for Goods & Services Tax, - G.S.T. He headed the sub-group on “Dispute Resolution under the GST, during the deliberations at Chief Commissioners Conference in 2011, on GST.

During 2014, he worked with the Tax Administration Reforms Commission, (T.A.R.C).

During his service he held regular interactions with trade and industry, helping resolve long-standing problems within the ambit of law and proactively promoting trade facilitation, receiving appreciation from the local Chambers of Commerce and the Press.

Chandrahas Mathur is a recipient of the President of India’s Award for Distinguished Record of Service and Devotion to Duty.

He was selected to function as an Election Observer for five General Elections in the country.

As an I.R.S probationer he had received the Chairman CBEC’s Gold Medal on completion of training.

Sandeep Is a Graduate from Kirori Mal College (University of Delhi), and a Post-Graduate in Political Science. Thereafter, he received his Bachelor of Law degree from Campus Law Centre (University of Delhi). Sandeep has around seven years of experience both in general litigation as well as arbitration matters. He concentrates his litigation practice in the resolution of complex disputes before Delhi High Court, various district courts in Delhi, Tribunals and Arbitral Institutions.

A product of Kendriya Vidyalayas Ms. Ashima Puri Chhibbar graduated in Làw in the year 2008 and has been practicing law since then. She has an extensive experience in the field of Civil Law. She has been successfully handling all kinds of Civil and Corporate Commercial Litigation before the Delhi High Court and many other District Courts. Ms. Ashima Puri has been Non Executive Independent Director of Virtualsoft Systems Ltd. since October 13, 2015. Ms. Puri was invited as a Mentor to educate the girls of KL University on the Legal Rights of Women in the first National Women’s Parliament held in Amravati, Andhra Pradesh in February, 2017. She is a cyclist and a runner by Passion apart from Legal Practice which is her first love. Recently, Advocate Ashima Puri has also applied for lecturing/ teaching/ educating pro-bono the patients of the life-limit diseases.

Ms. Urvashi Kalra has been employed with Lexport since 2016. She is a graduate from St. Bede’s College, Shimla and completed her Bachelor of Laws (LLB) from O.P. Jindal Global University, Sonipat.

She is part of the Indirect Tax / GST Team at the firm. Among other things, she handles matters relating to Tax advisory, consultation and tax litigation in connection with issues under the Central Excise, Customs, Service tax and GST laws. She handles tax litigation before various Departmental and Judicial authorities.

Her areas of expertise include drafting opinions, appeals, reply to show cause notices, representations before Departmental authorities, etc.

Urvashi is affiliated to the Bar Council of Delhi.

Shantam has been associated with Lexport since August 2019.

During law school, he has interned with the corporate law teams of several Indian law firms.

He holds professional affiliation to the Bar Council of Delhi and the New Delhi Bar Association.

He has also completed a Diploma in Advanced Entrepreneurship Management and Corporate Laws from GNLU, along with several certificate courses in areas such as cyber laws, media laws and GST.

He is a part of the Corporate Advisory team at Lexport and deals with matters pertaining to corporate and commercial laws. 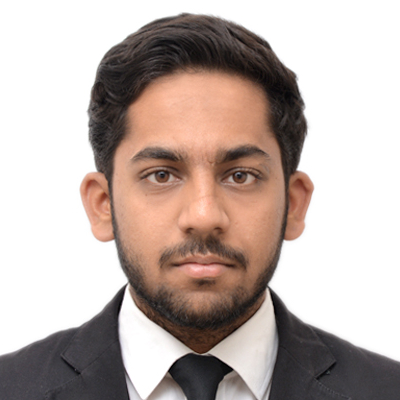 Nupur is a commerce graduate and an Associate Member of the Institute of Company Secretaries of India.

She is also pursuing LL.B. from Indraprastha Law College. Her work domain mainly includes consultancy in the field of corporate laws and indirect taxation./p>

He is with Lexport since 2008 and is the primary coordinator for various activities.